Skip to navigation | Skip to main content | Skip to footer

Professor David Olusoga to interview Barack Obama on BBC One 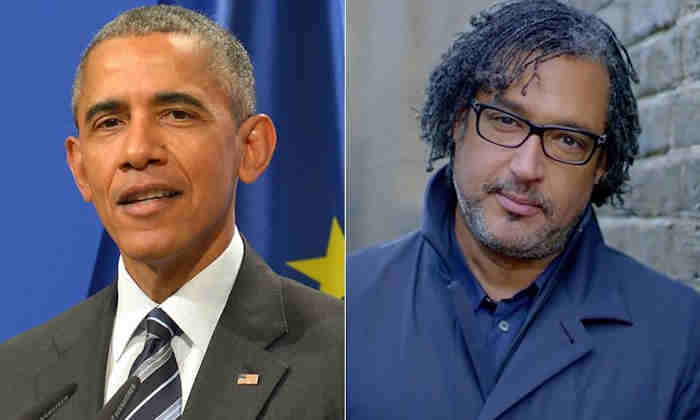 In an exclusive UK interview ahead of the release of his memoirs, former President of the United States Barack Obama will speak to our Professor of Public History, David Olusoga about his country, his political career, and his views on the difficulties facing his country.

A special 30-minute programme – Barack Obama Talks To David Olusoga – will be broadcast on BBC One on Wednesday 18 November at 7.30pm.

In the programme, Barack Obama will discuss the first volume of his presidential memoirs, his motivations for writing the book, and the challenges he had confronting political, cultural and racial divisions in the USA as the first African American to hold the nation’s highest office.

Following the BBC One broadcast, the programme will be also be aired on BBC Radio 4 in a special audio recording introduced by David Olusoga on Thursday, 19 November at 9am. Audiences will also be able to listen to a longer version of the interview on-demand on BBC Sounds.

The programme will be broadcast internationally by BBC World Service Radio on Thursday, 19 November, and BBC World News and BBC News Channel on Saturday 21 November and Sunday 22 November.

“Meeting Barack Obama to discuss his memoirs is a great honour, and to be interviewing him now – at the end of a year in which race and racism and the histories that lie behind them have been at the centre of global events – seems fitting,” said Professor Olusoga.

“My interview with the former President will highlight the obstacles he faced as President and ask whether his optimism in what he calls the 'possibility of America' has been challenged in recent years.”